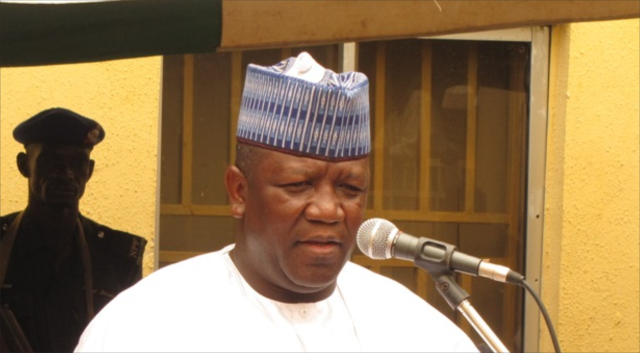 The Federal High Court in Abuja has frozen seven different accounts which, according to the Economic and Financial Crimes Commission, were used by the Nigerian Governors’ Forum to launder the sum of N10bn said to be derived from the Paris Club refund.

Justice Gabriel Kolawole ordered on Wednesday that his judgement would last for 45 days within which the Anti-graft agency must either institute charges in respect of the transactions against the suspects or seek further extension of the order.

The judge also gave seven days to the account owners, if interested in seeking the setting aside of the freezing order, to file an application which must be served on the EFCC.

Also included is 0045824054 with Access Bank and another Zenith Bank account 1010948906 both of which was traced to Bina Consult and Integrated Services.

Mr. Ben I Kani, the commision’s lawyer, had moved the application for the freezing of the accounts on November 27, after which Justice Kolawole adjourned the ruling till Wednesday.

The EFCC alleged that its preliminary inquiries had showed that the N10bn was deceitfully diverted by the NGF under the cover of paying consultancy fee to BizPlus GSCL Consortium which the Forum employed “to carry out reconciliation of accounts and recover the amounts due to the states” from the Paris Club Refund.

In an affidavit filed in support of the EFCC’s motion, Osas Azonabor, a member of the Special Investigation Committee, set up by the commission to investigate the scam, alleged that primary investigation had disclosed that the NGF made the Central Bank of Nigeria to pay N19, 439, 225, 871. 11 into its account for onward payment to BizPlus as its consultancy fee. But the investigator revealed that N10bn of the N19.4bn paid to the NGF account by the CBN was fraudulently shared to the seven accounts of companies and individuals, who were not related to the consultancy company.

Detailing how the fraud was allegedly carried out, Azonabor alleged that the NGF had concluded to pay success fee of two per cent to BizPlus GSCL Consortium.

The investigator further disclosed that upon the success of the recovery, than the two per cent fee, the NGF made the CBN to deduct five per cent, amounting to the N19.4bn.

He said, “That sometime in January 2017, the applicant ( EFCC ) received intelligence in respect of a case against the Nigerian Governors’ Forum alleging conspiracy, criminal misappropriation of public funds involving the sum of N19, 439, 225, 871. 11 out of the Paris Club refund made by the Federal Government in favour of the 36 states of the federation.

“That preliminary investigation conducted by the commission revealed that the 36 state governments, under the auspices of the NGF, engaged the services of Bizplus GSCL Consortium to carry out reconciliation of accounts and recover amounts due to the states from line charge made on them from 1995 to 2002 for a success fee of two per cent payable by the NGF.

“That investigation further revealed that contrary to the agreed fee of two per cent as stated in paragraph 6 above, NGF caused the Central Bank of Nigeria to deduct five per cent of the amount due to the states which amounted to the sum of N19.4bn ( stated in paragraph 5 above) and paid the same into the NGF account, supposedly for onward payment to the Bizplus GSCL consortium.

“That our investigation of the case further revealed that a larger part of the amount stated in paragraphs 5 and 7 above was fraudulently disbursed by the NGF to individuals and corporate entities that were not part of the consortium.

“That the names, account numbers and bankers of the fraudulent beneficiaries of the criminal diversion of the public funds are as stated in the schedule to this application and that copies of the statements of accounts showing the disbursements is hereby attached and marked Exhibits EFCC 1 , 2 , 3 , 4 , 5 , 6 & 7 respectively.

“That further investigation revealed that those individuals and corporate entities were used by the NGF to launder over N10 bn under the guise of paying consultancy fees to the Bizplus GSCL Consortium which, however, found its way to the various accounts listed in the schedule to this application.”

Azonabor, while justifying the EFCC’s request for the order, stated that the 3-days stop-order granted by law to be placed on any account suspected to be involved in fraudulent or deceitful transaction had expired, but investigation had yet to be finalized.

He stood that the court order was needed to allow the commission to carry out its investigation to a reasonable conclusion.

“That further to the foregoing, I am aware that substantial amounts from the fraudulent disbursements into these accounts have further been laundered to some other accounts or withdrawn as cash.

While discrete investigation is currently ongoing, the 72 hours stop order allowed by law to be placed on any account suspected to be involved in suspicious transaction or any crime has expired,” he concluded.

Welcome to WordPress.com. This is your first post. Edit or delete it and start blogging!